I’ve been looking specifically into two different brands of ultra-thin veneers. I like the pictures of the DURAthin veneers better but I didn’t know how big the price difference is between the two of them. Can you give me some guidance here? 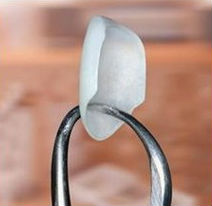 I think I can help you here but it will require changing the way you are thinking about this. The cost of any brand of porcelain veneers varies substantially from dentist to dentist. That’s because the cost of the porcelain is the smallest factor in the outcome of the veneers. As an example, if the porcelain would cost $10, the ceramist will increase that cost based on their skill level. So, let’s say somewhere between $100 – $300. That is the cost of the dentist. Then, the dentist will add their increase, also based on their skill level.

You had an interesting insight when you mentioned you liked the pictures of DURAthin better than Lumineers. The reason for that is the restrictions Lumineers puts on dentists. They require dentists to use their lab and ceramists, which isn’t known for creating beautiful results. Does this mean you should go with DURAthin? Not necessarily.

Instead of looking at brands, you need to be looking at cosmetic dentists. Two different dentists can work on your smile makeover using the exact same brand and end up with completely different results. That’s because of the differences in their training and artistry.

One thing to be aware of is once they’re accredited, they’re accredited. There isn’t currently anything which requires them to continue to demonstrate their artistry. As a precaution, I’d ask to see examples of their most current smile makeovers.

This blog is brought to you by Lexington, KY Cosmetic Dentist Dr. Fred Arnold.

I’ve always had anxiety in the chair, so I have dental sedation for most of my appointments. Pretty much anything that extends beyond a cleaning, I request sedatives. It’s not all that often that I need extra work done because my teeth are pretty good, but I had a two-year stint without insurance and I apparently built up a nasty cavity during that period.

Anyway, the dentist did the normal routine, including x-rays and exam, and told me I had a big cavity, but that he felt it could be fixed with a crown. We booked the appointment and took care of all the arrangements. I should preface this by saying that I have gone through similar procedures with this exact same dentist, so I didn’t think anything of it going into everything. I mean, I was anxious, but I’m always anxious. We had a good relationship and I trusted him.

I don’t know what happened in the dental chair. Most of that day is a total fog to me. I remember coming out of the grogginess at home and realizing that, instead of prepping for a crown, the doctor had pulled the tooth. I called the office right away and they told me that the dentist got in there and there wasn’t enough tooth left to save.

First, how did he not know this in advance? Secondly, I did not consent to this. I was sedated, so I couldn’t consent to anything anyway. I’m heartbroken and upset that he pulled my tooth without waiting to discuss the issue with me. Maybe I would have decided to pull it, but the decision should have been mine to make. How am I supposed to go forward? Frankly, I’d really like to take this to the board, but I don’t know if I have a case or not. And, I’d also like him to fix it and give me a replacement tooth, but I also don’t know if I can trust him again nor not. 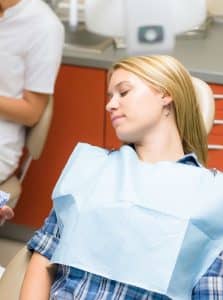 So sorry to hear this happened to you.

X-rays are usually 2-D images of 3-D shapes. While dentists are typically quite adept at overcoming the challenges associated with technology, it’s never 100%. Any dentist could have started to prep the tooth and wound up in the same situation.

You May Have Consented to the Extraction Ahead of Time

You should have signed a waiver or liability release before going in for the appointment. This would have likely been given to you at your first appointment when you got the diagnosis and started planning treatment or possibly when you had your consultation for your dental sedation. You would have signed it while you were in an unmedicated state, giving official consent. You can ask to see your consent form if you don’t remember.

However, you may or may not have consented to additional treatment depending on the way the release was written. Chances are, they also walked you through what was happening when it happened, but if you don’t remember the encounter, ask someone who was in the room with you to walk you through it. You’ll probably be comforted to know what steps were taken.

Obviously, courts decide whether actions were negligent or not, but as a general rule, a negligence case requires that the practitioner must have deviated from the normal standard of care and that the deviation directly resulted in your injury. Since it sounds like he followed protocol in the diagnostic phase, the only potential issue is what happened during treatment. We don’t know what happened while you were in the chair. However, imagine, for just a moment, he had left you with a sharp, broken, decayed tooth that offered a direct port to the pulp. You’d be in pain. You’d probably develop an infection, which is considered a dental emergency. The list goes on. It’s safe to say that he could not, in good conscience, leave the tooth as it was. Doing that might have been negligent. Extracting the tooth, probably not.

You say you’ve been a patient with this doctor for years and you’ve trusted him in the past. Talk to him. Tell him how you feel and how the visit impacted you. If, after talking to him, you genuinely believe he was negligent or didn’t treat you in a respectful way, and he’s unwilling to try to make things right, you can forward your complaint to the board and let them sort out whether he acted inappropriately. As far as costs go, bear in mind, that if you had let it fester and it broke on its own outside the office, you wouldn’t have expected the dentist to cover the replacement. There’s some chance this tooth was a ticking timebomb that went off in front of the dentist, but perhaps it could have happened anywhere. He may well be willing to do it since it broke while he was treating you, either out of sheer kindness or the desire to keep a patient happy, but there are no guarantees.

You didn’t say where this lost tooth is, but it may be important you get a tooth replacement in there fairly soon so your other teeth don’t shift.

You’ll see why patients drive from hundreds of miles to see us.