I had a cavity which I already knew about. My old dentist told me about it but I decided I didn’t like her. She wasn’t very compassionate and I grew tired of her pressure tactics. So, I decided to switch dentists. I kept meaning to take care of it but other things would get in the way. Then my tooth seemed to suddenly get worse. I went to an emergency dentist. I did call ahead of time and let them know what was wrong. For some reason, I thought that meant they’d leave time to fix it. But, when I got there, he seemed in a huge rush. I realize it was the end of the day, but I did give them a heads up for what I needed. He knocked the teeth around a bit and told me the wrong tooth needed a filling. When I reminded him it was the tooth next to it he just peeked and said, “Yeah. That one too.” He then told me to come back tomorrow for the fillings, but I was in so much pain I refused to leave. He sighed but did give me the fillings. I left thinking things would get better, but they didn’t. I’m still in pain. Did he misdiagnose me? 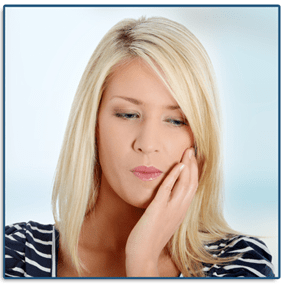 I’m sorry you’re in so much pain. There are few pains as distracting as tooth pain. You’re right that he did seem rushed and it concerns me that he missed one of the cavities in his examination. You didn’t hint that he did any x-rays. That should be a standard part of the examination. If he took x-rays, a tooth infection should have been pretty obvious. I’d be surprised if he missed that. However, if he was so rushed that he skipped the x-ray then he could very likely have missed an infection.

If that’s the case, you’ll need further treatment. Fillings aren’t enough to take care of the infection if there is one. A dentist has to physically go in to remove the infected pulp.

If he did do x-rays and there wasn’t an infection, it could be that he rushed your dental fillings. When a dental filling isn’t done correctly it could cause pain.

Before You End Up with a Second Dental Emergency…

I think it’s important you get a second opinion. If there’s an infection lingering underneath your dental fillings, it will spread. Before you know it, you’ll be in even more pain and needing another emergency dentist.

Most people don’t realize this. It sounds ridiculous in 2018 but people still die from tooth infections. The reason for that is the proximity of your jaw to your heart and brain. Tooth infections spread. If they happen to make it to your heart or brain, things can get life-threatening very quickly. In your place, I’d be rather proactive about this.

You’re looking for a new dentist anyway. It’s obvious your first emergency dentist wasn’t a good option for you, so getting your second opinion serves a dual purpose: taking care of the pain your in while giving you an opportunity to evaluate another dentist.

This blog is brought to you by Dr. Fred Arnold.