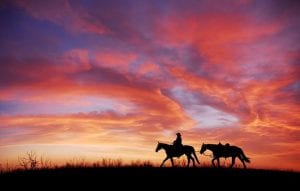 When the west was wild.

It’s Wild Wild West month here at Arnold Dental, and we’re having a blast! The Wild West can be defined by both time and place. Geographically, it was the area of the United States to the west of the Mississippi River. Historically, it was the period in the second half of the nineteenth century and part of the early twentieth.

In honor of the Wild Wild West, we’ve dug up some fun and interesting facts you might not know about it.

One of the most famous things to occur in the days of the Wild West was The Lewis and Clark Expedition, which lasted from 1803–1806. It was led by Meriwether Lewis and William Clark, and it was the first American expedition to the Pacific coast and back. Originally, the expedition was intended to determine exactly what was obtained in the Louisiana Purchase, but it ended up laying the groundwork for the Westward expansion of the United States.

The cowboys we picture when we think of the Wild West started out as cattle herders who followed the imported Spanish style of ranching. Their job was to follow the herds on horseback, manage and care for the cattle, and drive them back to the ranch for slaughter.

Next, there was the Pony Express! It brought faster mail service from the East Coast to California. When the transcontinental telegraph eventually reached California– the Pony Express was discontinued. However, it had successfully carried 34,743 pieces of mail.

In 1848, a discovery was made in California which initiated a wild rush of even more people to the west. The discovery was gold! Driven by the desire for easy riches, close to 175, 000 people crossed over from the east to the west, prospecting for gold. Some became very rich, while others lost everything trying to find it.

5.) It’s Called The Wild West For A Reason

The culture that developed in the west led to violence, a break-down in law and order, and a daily struggle for survival in the early days. The ongoing tensions between natives and settlers which ultimately resulted in the Indian Wars made the west a pretty wild place to be.

You’ve probably heard of the Oregon Trail, but what exactly is it? Many settlers traveled Westward along the Oregon Trail, which stretched from Independence in the east, all the way to what is now Oregon City in the west.

It was a long, hard journey, and while many people made it across the country– others died on the way. They succumbed to illness or exhaustion, and others were killed in conflicts with Native Americans defending their land and buffalo from what they saw as the plague of European expansion.

Gunslinger or gunfighter is the name that was given to men in the American Old West who had gained a reputation as being dangerous with a gun. Often times, “gunfighter” was applied to men who would hire out for contract killings. A gunfighter was either an outlaw or a lawman– depending on the chore at hand.

Finally, the first railroad to cross the continent from east to west was built between 1863 and 1869. The railroad stretched from Iowa to California. It allowed for information, people, livestock, fuel, and goods of all kinds to be transported in bulk across far distances. Nothing else had such an impact on the west as the railroads. New towns rapidly sprang to life along with their ability to transport timber and stone across the plains– which led to faster expansion and development.

That’s all we’ve got! Do you have any fun facts about the Wild West you’d like to add to our list? We’ll be celebrating for the rest of the month, so if it’s been over six months since you’ve been in to see us–  make an appointment today. 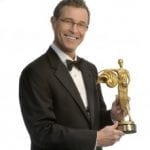